Skip to content
The Razor and Blade Business Model – also known as the bait and hook business model – is a very well established and famous business model around the world. Companies like Gillette, HP, Nespresso, and many others have been successfully using it. Have you ever bought a blade corresponding to the razor model you already had at home? So, this is exactly how this business model works: every time you buy the cartridge for your printer or the coffee capsule that fits in your coffee maker, you are participating in this strategy. A company employs the razor and blade business model every time it sells a starting product at a low cost, with the sale of related products later on. The first company to develop and implement this business model was Gillette. For this reason, it became known as “razor and blade”. Shall we go a little deeper into this?

What is the razor and blade business model?

Also known as Razorblade and still bait-and-hook, this business model is characterized by selling a product at a very low price, often to the point of not being able to cover its own cost, to profit from the sale of other related items.

The goal is to encourage consumption over time, based on a very cheap initial offer. The core product (razor) is just a gimmick for the sale of the consumable (blade), where the money really is. Thus, the initial investment in the core product is diluted in consumable and dependent goods, which will guarantee the return on that capital.

The origins of the razor and blade business model 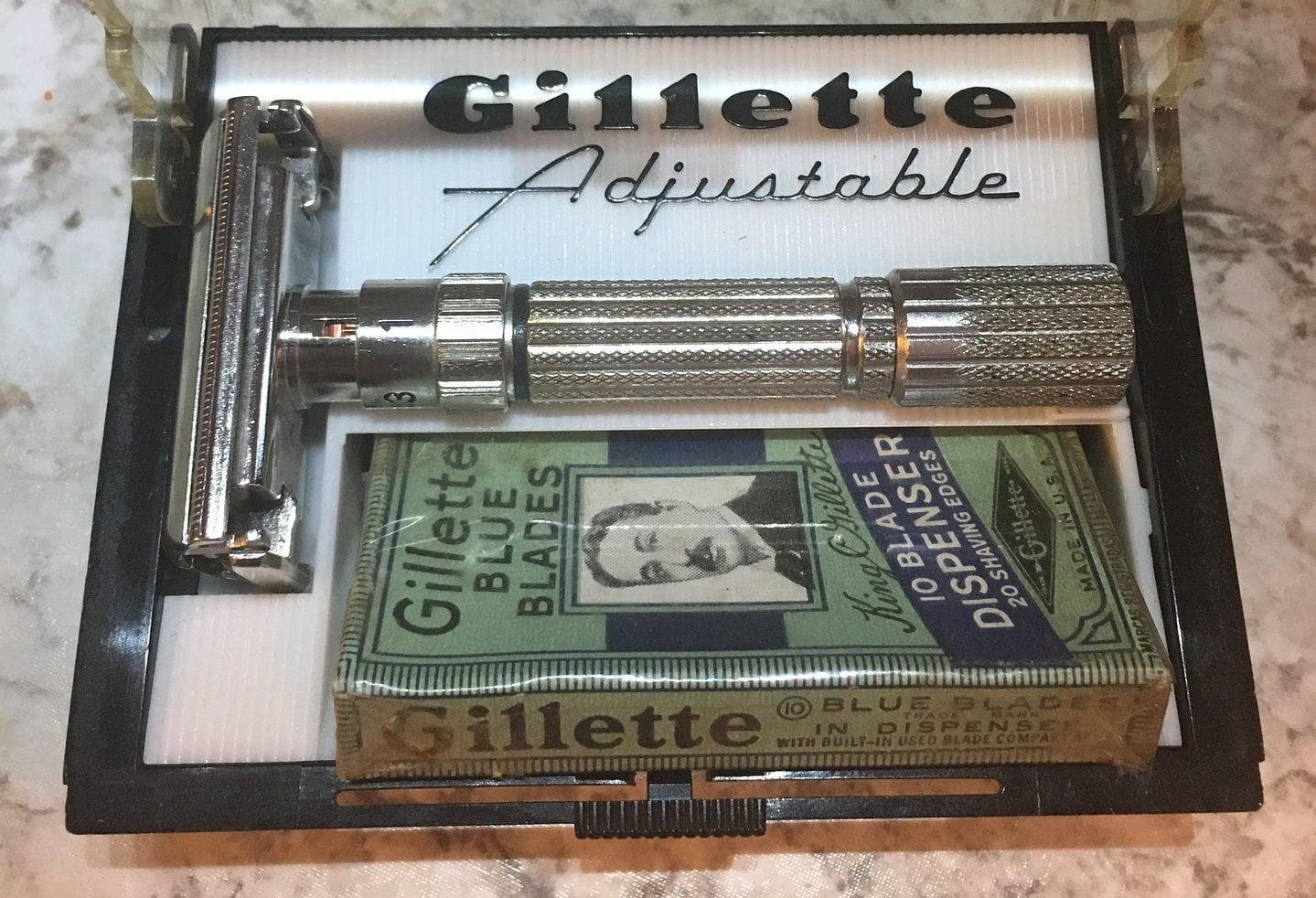 As mentioned earlier, this business model was born when King Camp Gillette founded the company named after his last name, in the early 1900s. Their razor handles were almost free. The replacement blades, on the other hand, were quite expensive. The strategy was very successful (and continues to be today, as owner Procter & Gamble keeps on doing it). After all, what can anyone do with a razor without a compatible blade? Instead of throwing it away and buying another one, most people did what the company expected: they bought blades when needed. The idea of ​​the razor and blade business model is precisely this: to avoid competition, offering a very cheap product in the first place, and guaranteeing consumer loyalty through related goods.

Over the years, several companies saw this business model as an opportunity for profit. An example is video games. Both Sony and Microsoft sold their consoles at a price below their cost. But its revenue came from gaming subscriptions, software-licensing agreements, and other related purchases. Of course, with the evolution of the market and technologies, other strategies needed to be included in the marketing game, so that companies could guarantee the effectiveness of this business model and, often, leadership in their field. Trademarks and patents, for example, made a big difference throughout the operation. When patenting compatible consumable items, companies prevented competitors from selling products that matched their original core product. Especially because, if a competitor offers a consumable equivalent, and at a lower price, the whole strategy of the razor and blade business model goes down the drain.

The Razor and Blade Business Model can be designed in the business model canvas like this: 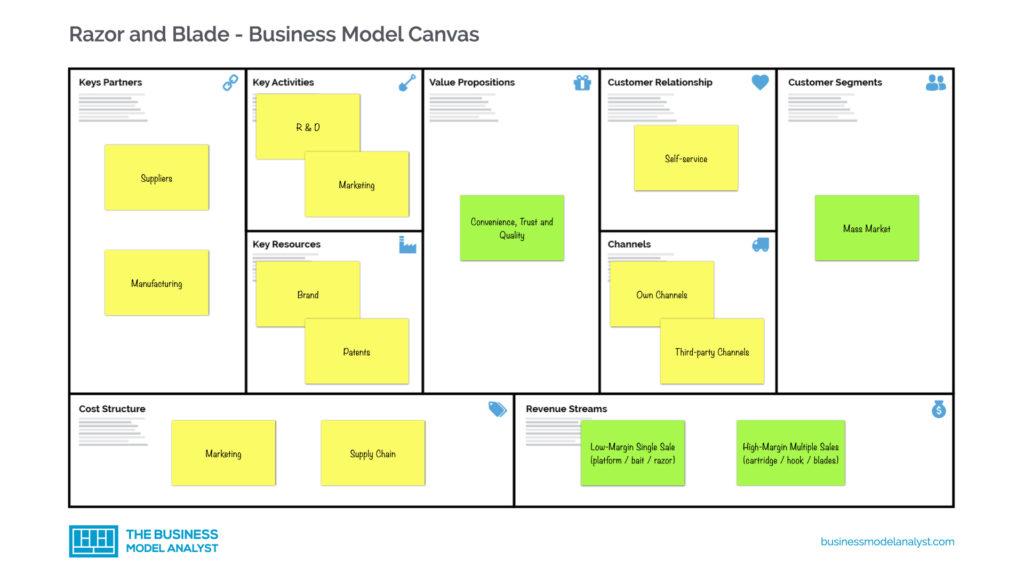 How the razor and blade business model makes money

The Razor and Blade Business model makes money by offering a very low-profit platform but that locks-in costumer in very high-profit related products (such as cartridges).

Challenges of the razor and blade business model

Value perceived by the customer

It is not because the customer bought the core product at a low price that they will simply start buying its related consumable goods. In fact, the buyer needs to be convinced that there is an advantage in continuing to use that product, instead of exchanging it for a competitor. That is, if they have a greater perception of value in the competition, they will not hesitate to migrate to a new alternative. Therefore, the consumable product must be desirable, offering the best-perceived cost-benefit.

People are increasingly concerned with the ecological footprint that we are leaving on the planet. For this reason, many companies that apply the razor and blade business model have been the target of activists due to the amount of waste that their consumable products produce. This was the case with coffee makers with capsules, for example. However, for now, this has not yet significantly affected business. The truth is that the consuming public is still more concerned with convenience than with the environment.

Some customers may have a bad image of the brand that applies this business model due to the lock-in that it causes, with the product itself or with the brand. People can be frustrated by feeling that the company takes away their freedom of choice and end up denying the brand for it. In addition, if consumable products are too expensive, the price may end up discouraging customer loyalty.

Razor and Blade Business Models are ripe for disruption and therefore are best suited for incumbents in well-defended categories (and even then are ripe targets). The chart above gives a good idea of the different customer development stages of a company that decides to adopt this business model. 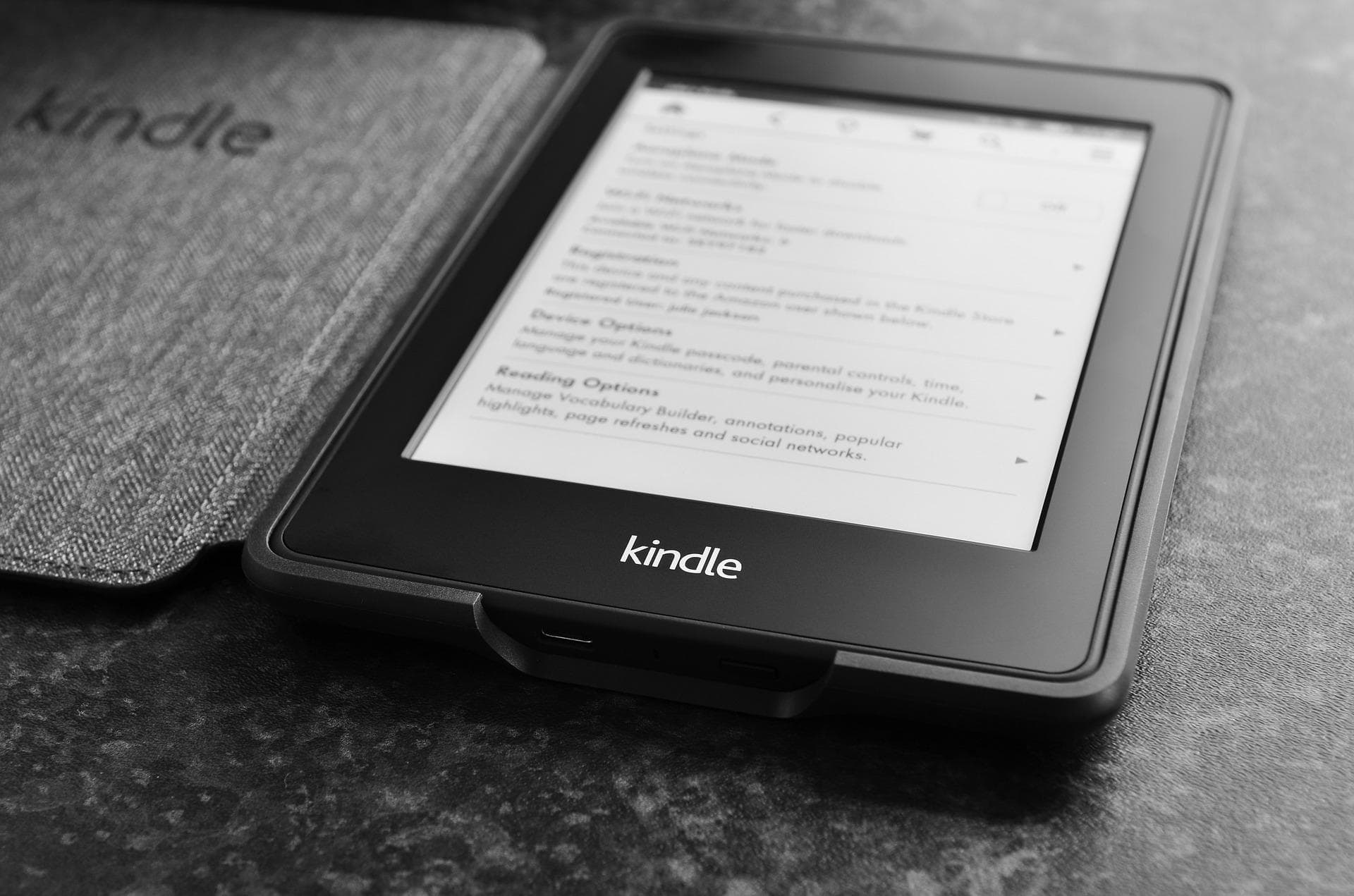 Gillette, HP printers and cartridges, Sony Playstation, Microsoft Xbox, and Nespresso are some well-known names among razor and blade businesses. Even Amazon has appropriated this strategy for its Kindle: the device is sold at a pretty slow price, to make money with the related e-books. As you can see, the razor and blade business model is an old business, about a century old, but which remains consistent and profitable for several companies that choose to apply this strategy. However, it is a business model that requires a lot of attention and updating by the company that develops the core product, in order to avoid the risk of facing a competitor with “blades” that fit their “razor” (when patents expire) or able to develop a new compelling “razor” with more affordable “blades”. 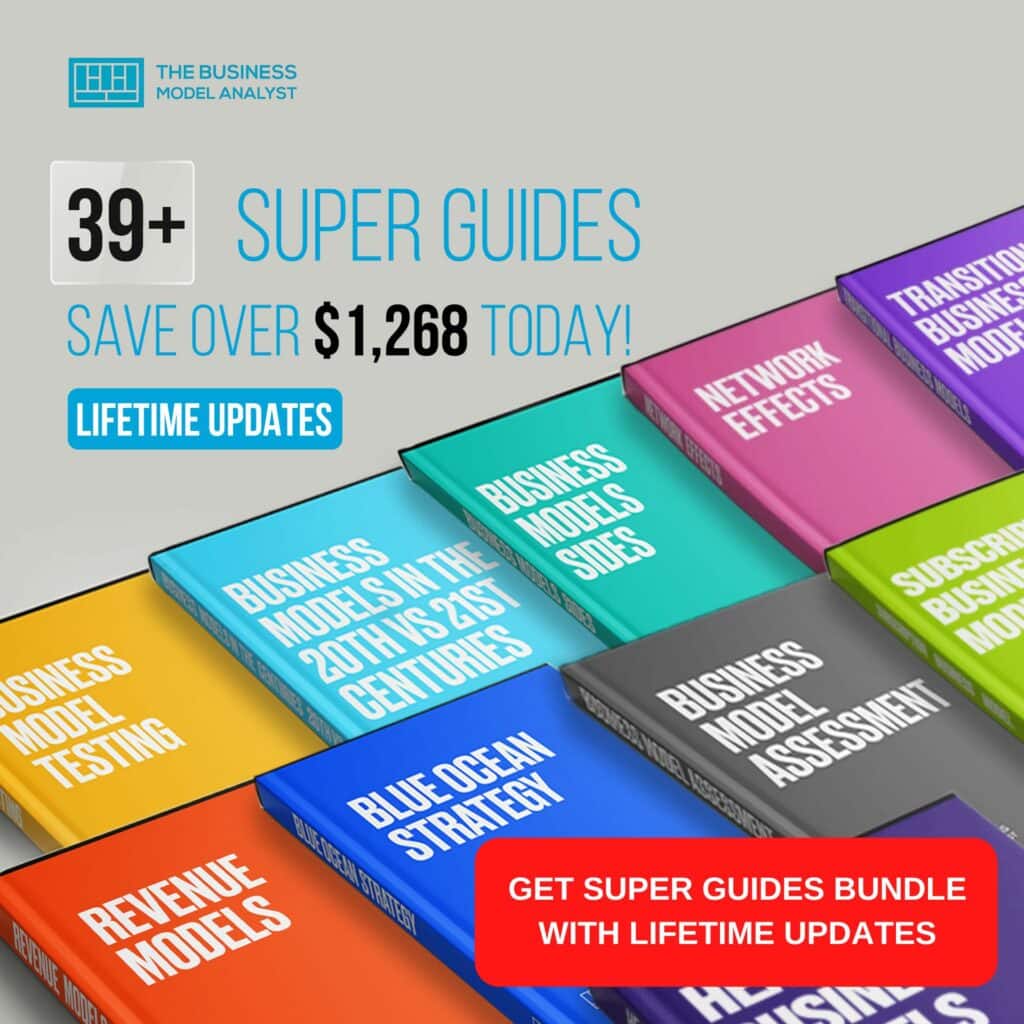 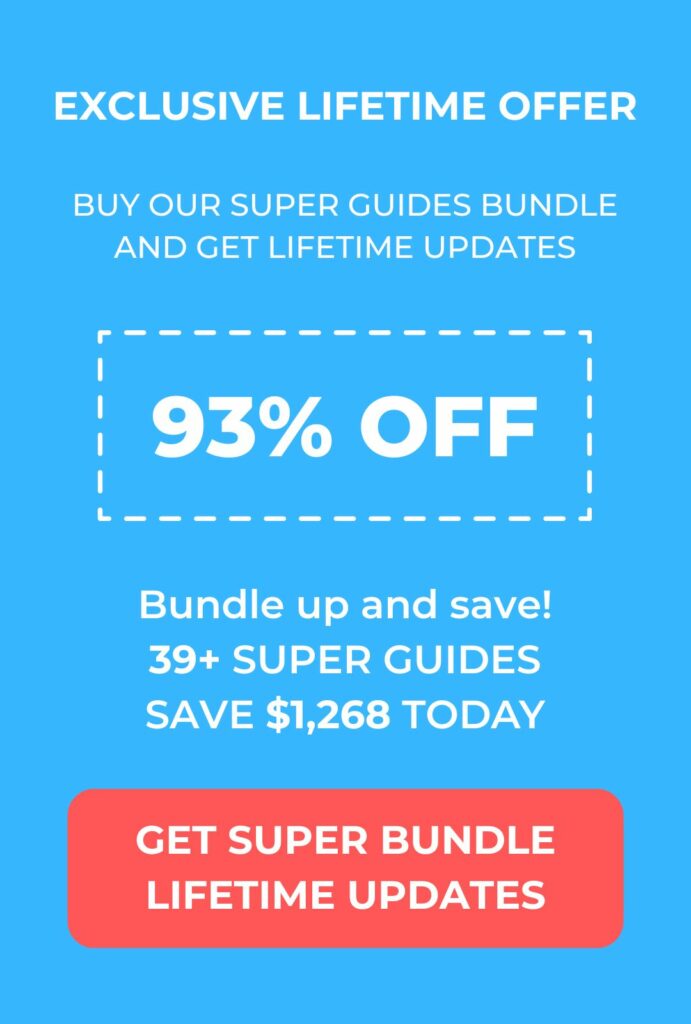